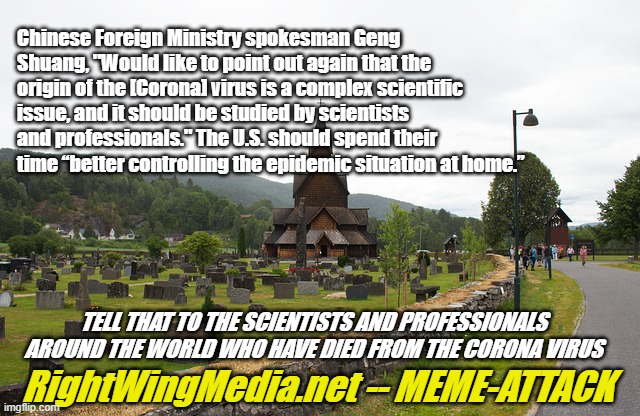 For Scientists and Professionals Only?

When a Chinese government PR specialist had the audacity to arrogantly suggest that the origin of the [Corona[ Virus is "a complex scientific issue" that "should [only] be studied by scientists and [other related professionals]," this struck a nerve of insensitivity and a transparent attempt at obfuscation. But, when the same bureaucrat added that the U.S. should spend its time "better controlling the epidemic situation at home," this was not only propagandistic obfuscation and insensitivity, it was also a clearly visible attempt to confuse Americans and the people around the world as to the intents of Americans. After such an interchange from the possible culprits (in one way or the other) as to the event which caused Covid-19, or the subsequent events that allowed the virus to spin out of control on a global basis, I believe the approximate translater is cào nǐ mā!