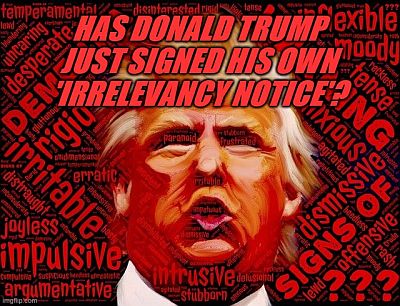 It's not easy writing about someone whom you almost seemed at times to gleefully anticipated his entry into America's highest elected office. Pride is one thing, but hubris is one of the classic 'deadly sins.' For when President Donald Trump was unable to 'pull out the Trump card' and stifle the outcome of what seemed at times to be a questionable national election without conclusive proof, the anticipation finally becomes dread.

Excusing his frequently Twittered outbursts would have been easy to accept in the long run, if Trump had only said, “Hey, I'm sorry. I guess I have tarnished the image of the American Presidency by using social media with near, seeming indiscretion in my unbridled excess posts.” But, he didn't. And, it would be another thing if President Trump were to have said, “And, I'm sorry for letting the American people down by allowing us to get bogged down in the confusing web of global intrigue and gamesmanship, and not providing clear and decisive (and early) direction in handling the Covid crisis.” But again, he didn't.

Now, perhaps the ultimate image-blower happens, and the U.S. Capital building is overrun by an angry mob of our countries citizenry just a relative amount of days before a new president and vice president are installed to lead the country. And instead of suitably condemning the wanton takeover attempt, Trump remained essentially mute.

At last, yet another American president becomes the victim of his own perceived image and rhetoric. Donald Trump may be facing the worst event of his career. He is becoming irrelevant. However, Trump was not the first.

To paraphrase and embellish the already nicely written article in Wikipedia, in 1973, President Richard Nixon was the target of investigations against clandestine actions that were apparently sanctioned by him against many key players in the U.S. Democratic party during the 1972 presidential election campaign. The House of Representatives began an impeachment process against Nixon, and the U.S. Supreme Court ruled that he had to release the tapes of live and phone conversations made in and between Nixon in the Oval Office to government investigators.

The damning tapes revealed that Nixon had conspired to cover up activities that took place after the break-in of the Watergate office and hotel complex in which the privacy of the Democrats had been violated, and that he had attempted to use federal officials to deflect the investigation.

The House Judiciary Committee then approved articles of impeachment against Nixon for obstruction of justice, abuse of power, and contempt of Congress. The only thing not directly alluded to was that the president was a seemingly paranoid, former lawyer, career politician, and control-freak who seemed to possess some visible showings of self-defeating invincibility.

With his complicity in the cover-up of the Watergate break-in and the related events made public, his political support completely eroded, Nixon resigned from office on August 9, 1974. It is believed that, had he not done so, Richard Nixon would have been impeached by the House and removed from office by a trial in the Senate. He is the only U.S. president to have resigned from office. However, with Donald Trump, we seem to have the reverse.

We have a bold and uncompromising powerful businessman and television producer and personality who seems to possess visible traits of excess invincibility ad-nauseum who regrettably might now have almost ironically managed to allow himself to become 'irrelevant.'

At least to his unwitting credit, Trump has been generally more tolerable and amusingly entertaining than the also conservative, but more stodgy Nixon. However, while seeming to skip through his own impeachment and dance around events that hearken back to some of his casino and hotel deals that went astray, Donald Trump has unexpectedly become in some ways worse than Richard Nixon. Soon-to-be former President Donald Trump has mindblowingly become almost irrelevant. 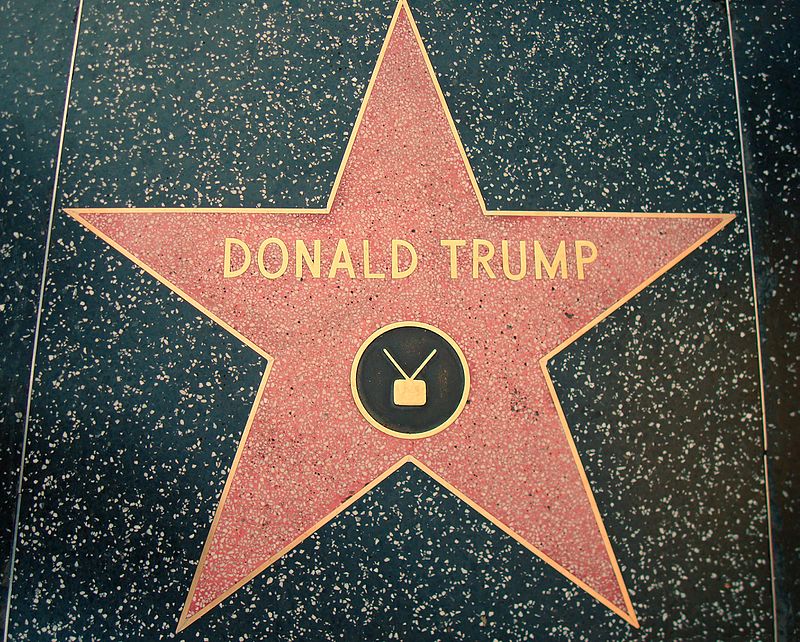 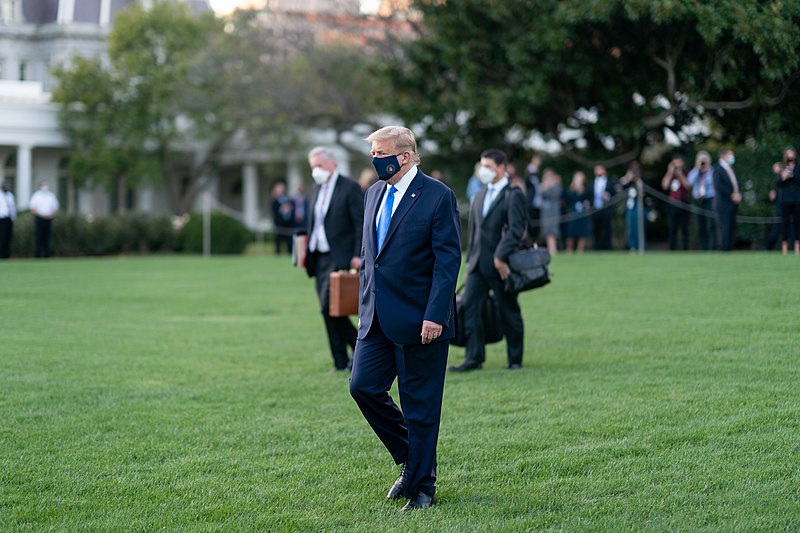 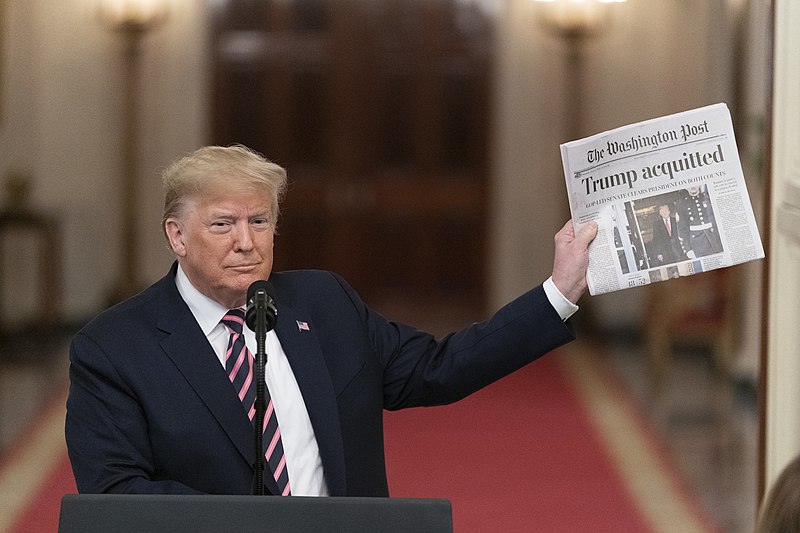 Perhaps sitting on the sidelines of politics for a couple of years will mold and refine Trump into more than just an American president who polarized many against him. Maybe in 2023, Donald Trump into more of a better human being, instead of such a blatant showman and self-defeating demagogue. And by expected comparison to the almost disturbingly zany Joe Biden and excessively liberal Kamala Harris, I sincerely hope this will be how history plays out. I would definitely vote for that guy without hesitation...as long as he were to remain...relevant.