In a recent article, USA Today wrote that American Major League Baseball is “considering radical realignment for 2020 season." Accordingly, the proposal is one of several being considered to bring an abbreviated 2020 professional baseball season back to what will eventually become post-Corona Virus United States

The plan would be to have all 40 MLB teams play an abbreviated schedule of games at various stadiums in St. Petersberg and Miami, Florida as well as Phoenix, Arizona. Or all the games just played in Phoenix. Either way, the plans controversially seem to force teams out of their past divisions (and rivalries), and into new ones of both convenience AND challenges. 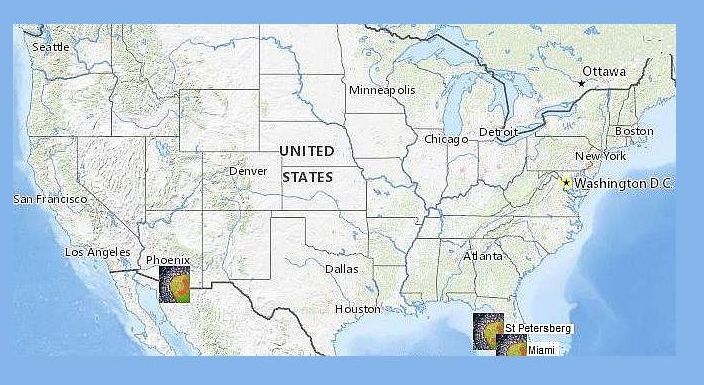 All plans apparently do NOT include 'live' fans, but do include crazy-lucrative TV coverage -- IF sports fans become 'hungry' enough for live sports to accept what might be almost arbitary (and possibly confusing) team alignments as previously hinted.

Interestingly enough, since the MLB official who spoke to USA Today is on a condition of 'anonymity,' their talking to the press is probably a 'test balloon' to gauge public opinion prior to narrowing down the choices involved when moving towards the final plan. However, the article by America's 'cheerleader' among media outlets actually remains realistically optimistic.

Advance quarantine time is not really a big issue, as there are now SOME degree of medical expectations and timelines that would more-or-less guarantee players and staff not being infected with Covid-19. However, NBC Sports brings a concern or two in the discussion.

In the NBC News story, “Baseball returning too soon could be 'a recipe for disaster'”, the major concern expressed, is if bringing MLB teams together too soon could risk massive, cross-team infections. The possibility of such raised its ugly, little virus-head in Japan when the country brought teams together for play – perhaps too quickly. Within a week after the shortened Nippon Professional Baseball 'season' began, three players were diagnosed with Covid-19. This is obviously something that would be quite undesirable for a variety of obvious morale-to-financial reasons. Ironically, another option is being discussed to take the entire season to Japan for play there!

Back in America, the Major League Baseball does not (as of yet) mention any version of the discussed possible plans at the time of this writing (just after midnight, April 11, 2020), but we will keep you updated on this evolving stories of the American sports pastime of both conservatives and liberals.